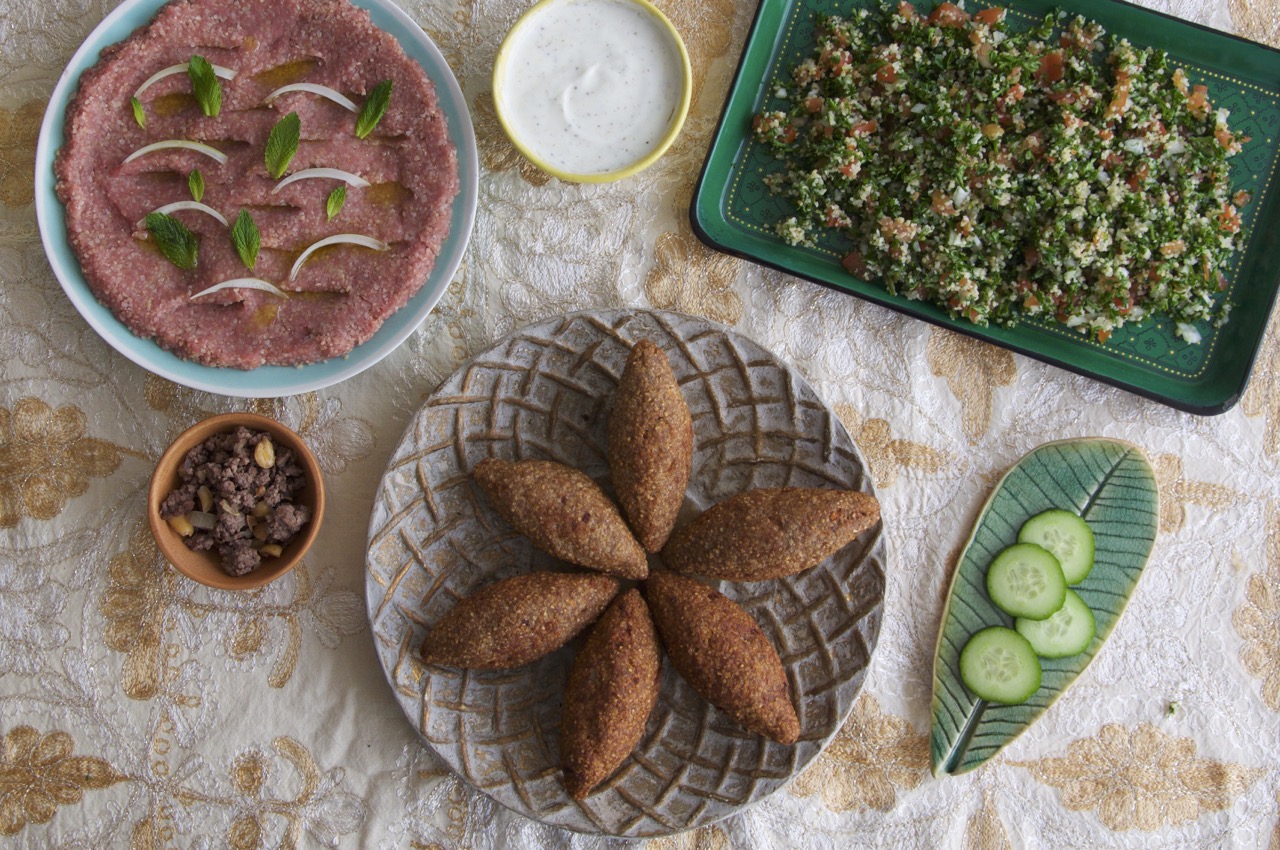 My dad always says that Arabic is one of the most complete languages ​​in terms of phonetics. There are almost all the sounds except for the “pe” and that might be what makes it a difficult language to learn. And not to mention the calligraphy, not only you have to read from right to left, but also to learn to understand what it’s said in a number of curved lines that form what for centuries is the means of communication of 21 countries in the medium East. My dad speaks with a lot of pride (and he can feel that way because it is a great truth) of his language, of knowing Arabic. There is no way that my mom and he can understand each other in Spanish. It makes them strange even if they sometimes speak in front of people who do not speak it.

But it is not exactly the language that makes Lebanon a country known in the world. One of its great sources of export to many corners of the 5 continents, is the gastronomy of this country small in size, but giant in beauty. I have not visited it since 1997 (20 years ago), but I dream of returning and meeting my family affections that will have another height, another look, other wrinkles.

Lebanon is so special that together with Kuwait, is one of the smallest countries in the Arab world, which has allowed the stoves, the ingredients and the recipes to travel from the humble homes of Beirut, Tripoli and hundreds of villages like Ehden of my family, to arrive in the restaurants of the most diverse and cosmopolitan cities of the planet and of the least, as well. I am excited to know that in the Malaysian neighborhood of Singapore, in the Gracia neighborhood of Barcelona or in  Palos Grandes in Caracas, you can eat tabbouleh or falafel quite similar to the one prepared by my mother and my aunts.

And it is curious, because speaking of 21 countries, some richer than others in terms of resources, it is not common for many places in the world to find Oman or Algerian cuisine restaurants, but Lebanese. That when tasting a humus you know that flavor takes you to the country of a flag that has a nice tree: the cedar.

For this reason, in the search to strengthen more and more my link with my roots, in these edible pages whenever I dare to publish some Lebanese recipe that I have been eating for decades, I am happy to be lucky enough to come from this family and being able to enjoy every time I can, the taste of the kibbeh, the babaganoush or the labneh, and I evoke those beautiful memories that childhood brings me in a village in Venezuela, where every night there was Arabic bread with yogurt and where the arepa was not a regular dish and in which on Sundays we had lunch with fatoush with falafel.

The kibbeh is the best way to celebrate the Lebanese cuisine, because it is the national dish of Lebanon, and also, the raw (or naieh / nayeh as it is said in Arabic) is a delicatessen for many, because it requires great care in preparing it. Even though in my healthy route, I adopt more vegan recipes, from time to time I give myself the pleasure of eating one of these dishes to go back to my house, to one of those old places where I loved life, and without perhaps being aware of what it meant to love it. Enjoy it.

For the kibbeh or meat dough:

The difference of how is the normal ground meat of which you re-grind is seen here:

2. In that bowl I add the wheat, salt, pepper and I grate half onion. I mix everything with my hands to make a dough of kibbeh. I use my hands! Use your hands!

This is the kibbeh naieh or nayeh (raw) which is a Lebanese delicatessen.

Attention: this is a delicate process because it is manipulating raw meat. You should prepare the kibbeh near mealtime, and if not, at least keep it in the fridge to keep the color pink. You can only eat it on the same day and almost on time.

This raw kibbeh is my favorite, but not everyone likes it, that’s why it’s the option to make fried kibbeh, our second recipe.

For the kibbeh or meat dough:

½ cup of peanuts (originally made with pine nuts, if you use them instead of peanuts)

½ tsp of salt and ground pepper

Tip # 1: My mom explains to me that the baked or fried kibbeh requires a little more wheat than for the raw kibbeh if you look at the quantities of wheat.

I invite you to prepare this delicious recipe!!! Do not forget to contact me by foodografos@gmail.com or by instagram @food.o.grafo